Where savy investors find their tokens 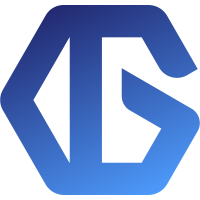 GraphLinq is a set of tools including an IDE and an engine that run simultaneously with multiple blockchains and centralized data stream to offer a service of automatization of a process without coding skill required. Approved

The Graphlinq token smart contract inherits from OpenZeppelin’s ERC-20 implementation –including a ‘burnFuel’ function which burns a specified amount of the caller’s tokens. This function is called externally in the GraphLinq ‘Engine Depositor’ contract at 0x12D17E320DB7C0f7CbbEC211e098AeeddD8404C4 on the Ethereum blockchain –which allows for burning tokens as well as adding and withdrawing token balance. It is required to interact with this contract in order to fund and pay for the execution of Graphs on the protocol, which can be implemented via the IDE (at https://ide.graphlinq.io/). It is possible to interact with the Engine Depositor from the user interface.

The Bridged token on the Polygon PoS chain does not pertain to the above tokenomics (this is a feature of all bridged tokens to PoS –see https://mapper.matic.today/for details).

Quick Security Check: 2/5 -The product is an IDE for creation of graphs for blockchain-based data flow. The IDE is operational. The ecosystem token, symbol: GLQ is burned –used as a fee –to pay for the execution of user-generated graphs.

- Q3 2021 - Starting the development of a mobile application

GraphLinq is a set of tools including an IDE & an engine that run simultaneously with multiple blockchains and centralized data stream to offer a service of automatization of a process without coding skill required.

Graphlinq even lets you connect to Ethereum/BSC data-feed almost for free and in real-time using GraphLinq to help you suit your Trading, DeFi & similar needs. The platform has live drag-and-drop plugins & a set of templates to choose from. Whether users want to fetch data from a decentralized or centralized stream and send it to telegram, webhook, discord, etc. or if they want to set up a trading bot based on some indicators, anything and everything blockchain oriented can be automated with the help of Graphlinq Protocol.

GLQ is the native token for the Graphlinq ecosystem built on top of Ethereum (ERC20). GLQ is used to run a graph on the platform’s test net or main net to execute different processes over the blockchain to automate tasks, triggering events, and much more.